But he was one of America’s most successful kids’ authors of the ’30s, ’40s, and ’50s. He is best known for a series of boys’ adventure stories set on the rough-and-ready tramp steamers of that era. They follow a stalwart, brave young fellow called Tod Moran, up until the point he earns the exalted position of Second Mate. And what an exciting life he leads!

I probably read a dozen Tod Moran adventures when I was young, because the shelves of the neighborhood library happened to have a bunch of them. They were a staple of my lazy summer reading on the living room sofa, the chaise lounge outside, or under a big old tree in a nearby park.

Just to get his research right, Pease himself worked one summer on a tramp steamer as a fireman and a wiper – both hot, dirty, dangerous jobs. Though written from a lad’s point of view, his tales are anything but sentimental and sometimes even brutal. You can literally smell the sweat and salt and oil and hot metal of life on the open sea. One of his aims was to convey to boys and young men what the real world could be like.

An old article in the San Jaoquin Historian describes Pease’s view: “[Pease] was especially struck by the unrealistic value system presented in many children’s books. Most stories had the hero become wealthy or the school’s winning athlete or fraternity president. Pease felt that a far more realistic view of things was necessary to prepare children for life’s ex­periences. ‘When you begin to get rid of your illusions about life, you are beginning to grow up – to mature into an adult.'”

This past summer I read two Pease titles: Secret Cargo and Jinx Ship. And, just as I remembered from many years ago, Pease tells a ripping yarn.

Secret Cargo (1931) follows a boy, Larry Matthews, who has run away from home, looking for any perch at all; just something to keep a roof over his head and food in his stomach. Through a series of mishaps on the New Orleans docks, he ends up in the black gang (engine room crew) of a tramp steamer, delivering coal to firemen in the blazing, filthy heat down below. And to complicate matters, he has his best friend to take care of–a little black dog called Sambo. When Larry forgets himself and digs coal in a forbidden bunker, he finds a locked chest. And thereby hangs the tale.

Jinx Ship (1927) is the second Tod Moran adventure, and follows Tod as he ships out on the star-crossed Congo as a wiper. On board he makes friend with another young wiper, the scion of a wealthy family who has failed again and again to stay in college. Together, the two of them fall into the mystery of a murdered Frenchman, the matter of a rebellion of black people on a Caribbean isle, and a conspiracy of gun smuggling. Along the way, Tod and his friend get lost on the island and very nearly end up as human sacrifices. Using “the little gray cells” (keep in mind, this is contemporary with the early Hercule Poirot mysteries), Tod makes repeated runs at the convoluted facts of the business, and in the end triumphs.

As the author of two ripping yarns for young readers (at least I like to think they’re “ripping”), I’m full of admiration for Pease. Both these novels are well over eighty years old and they remain entertaining reads. These are unashamed boys’ stories, let’s be frank about that. Female characters are practically nonexistent. But I’m convinced any young reader who likes rough-and-ready adventure and real peril will enjoy them – boy or girl – despite their inevitable archaic qualities. There is a caveat, though…

If these Pease tales are so good, why haven’t they been reissued in new editions? Why do you have to go to library stacks or used book sellers to find them? Somebody has to own the copyrights and why wouldn’t they seek some value from them?

I think the answer lies in something characteristic of many other books from this era. By today’s standards, these books are very much politically incorrect.

These two stories, at least, contain off-handed racism and occasional use of the n-word. This was common eight decades ago. But it was as wrong then as it is now. Many readers, coming upon this viewpoint unawares, would undoubtedly be offended – young, old, or in between.

For Pease’s books to be reissued for the kids of today, they would have to be edited clean of their racism. It wouldn’t be hard to do, but apparently no one cares to try.

USA Today recently noted that Warner Brother has reissued the old Tom & Jerry cartoons from 1940-1957. They come with a disclaimer that these works ‘may depict some ethnic and racial prejudices that were once commonplace in American society.”

Would it be enough for Pease’s books to be reissued with such a disclaimer? 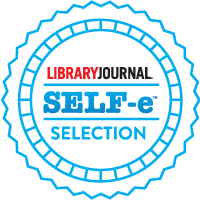 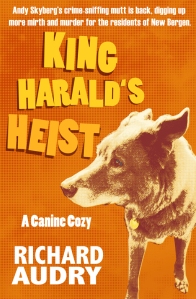 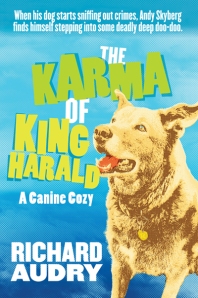 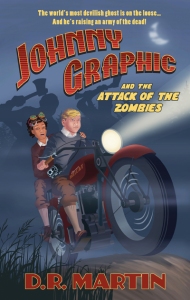